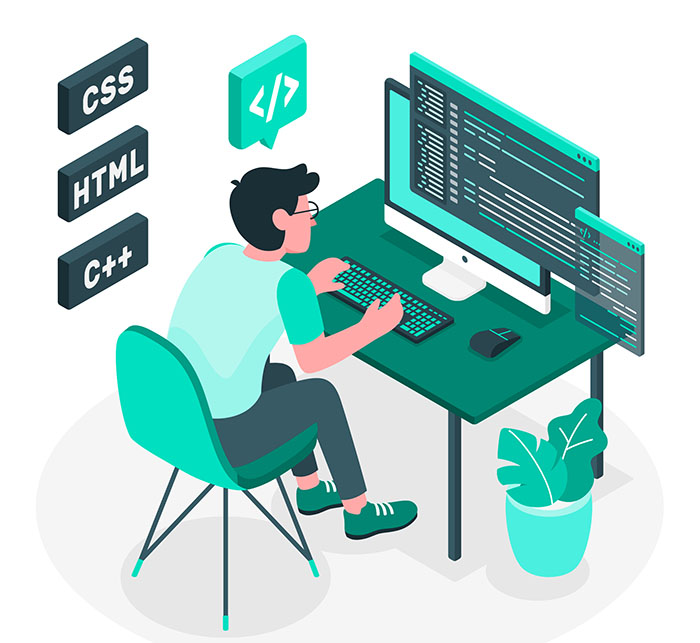 What is Web Development?

By Jaime
Jan 12, 2021 Leave a comment
in Digital Marketing

What is web development? It’s the labor related to the creation of websites for the internet or an intranet. It can include building a static page made up of text or the creation of complex web apps. It’s a topic related to web design, and it has important differences.

What does a web developer do?

The short answer is that web developers maintain and create websites. They work in a different range of industries such as computer system design, management consulting, publishing, advertising, and others. You will find web designers with a job and others are self-employed.

Education requirements are varied. Some positions will ask for a range of skills, others require a high school diploma to a bachelor’s degree. In some areas, the demand is so high that many employers hire those who are knowledgeable about the field, even if their credentials are not standardized.

Sometimes web developers will meet with management or directly with clients to gather the needs to design and develop the functionality of a website or an interface. They test applications, navigation menus, and interfaces for a website. They usually write code in languages such as Python, PHP, and markup languages such as HTML.

The development of many websites requires teamwork, which is why you’ll find web developers work with team members to divide their work. They will also work with designers to analyze graphics and website layout. They integrate graphics, video, and audio into the website. Part of their work involves monitoring website traffic.

What are the types of web development?

Each one of these types of developers fulfills specific web-developer functions. Front-end developers have the responsibility of implementing visual features users interact with and see in a web application. Their work is usually supported by back-end web developers. Nowadays, for web applications to function, much of the work they do has been shifted to the front-end. Just a few years ago, the back end ruled software development for websites, but changes in paradigms have turned engineering upside down.

Occasionally, you’ll find a rare breed of developers, the ones who can code the front-end and the back end. Their knowledge includes how to navigate between these two seemingly disparate worlds. Besides being fluid in HTML/CSS, they also know the browser’s programming (jQuery, JavaScript, Vue, or Angular) and program servers (ASP, PHP, Node, or Python)

What language is best for web development?

The short answer to this question is: It depends on the developer and the functionality he/she wants to implement. Some of the following languages are in many of the top lists covering programming languages, you may want to research and test one or more to see if it fits your requirements.

PHP
With this language, you can create any type of website. It’s the language you have to use if you develop WordPress websites. It powers platforms like Facebook. It’s flexible and high speed.

JavaScript
With this programming language, you can build websites from scratch. You can create complete projects since now you can use Node, which is server-side JavaScript you can use to create all kinds of websites and applications.

Python
Python is a general-purpose programming language. Artificial intelligence (AI) is in vogue among developers around the world. Python is the preferred language for AI. You can create automation scripts or complete web-based projects.

Web design refers to the usability and aesthetic parts of a website. Web designers use software such as Adobe Photoshop, Adobe Illustrator, and other similar tools to create the visual part of a website.

Design and development are not the same. In large teams, the distinctions are usually clear. Sometimes, individuals who work as freelancers, and in small companies, one person will perform web design and web development duties.

In the modern job market, you’ll find designers who can code with markup languages and you’ll also find developers who can create a storyboard or do some basic design. This not only increases their marketability but also makes for better teamwork. Just a few years ago one group didn’t exactly know what the other team was doing.

The final verdict is that no job is better than the other. They simply fulfill different needs at different times in the process of website creation.

You’ll find there are many resources available online if you want to dig deeper, or if you want to become a professional in the area of web development. If you find yourself inclined to the analytical aspect of creating websites, blogs, and blog functionality, this area could be the perfect fit for you.