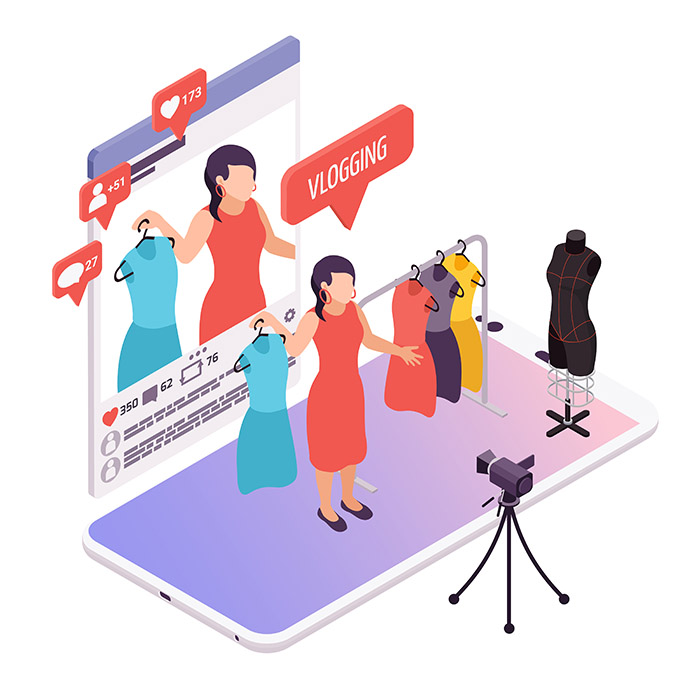 New tools and practices in the online arena are newsworthy. Some of these practices have changed the way people consume online content. Big companies who want a piece of the pie have noted this change in habits.

Therefore, you’ll see popular culture depicted in movies. It’s no longer strange to find a blogger or a vlogger being represented by an actor in a Hollywood film. The internet is becoming an essential element of the social fabric as time goes by. New forms of information and entertainment are the norm today. I will explore some critical facts about vlogging next.

What’s the meaning of a vlog?

Today, you’ll find many video channels on social media networks, specialized sites, and video sites showing this type of content. A vlog can be created into many categories. For example, a user or vlogger can review or unbox a product. Somebody else can film a live event. It can be about tutorials showing specific processes, like a how-to. Some other people prefer to record an artistic approach.

A vlog can be about just about anything you can imagine. Certain YouTubers and streamers also fall under the vlogger category. In the last few years, the term is gaining popularity. More people and businesses want to get into the game, so they seek the technical means to do vlogging, such as modern cameras.

To be a vlogger, you can do it with a professional camera, or you can use a smartphone or desktop computer camera. It doesn’t matter. Many viewers prefer amateur filming since it makes the experience more authentic.

Although many sites have streaming and video-sharing features, YouTube takes a large piece of the pie since it hosts a large majority of vlogs. Once they record their video, individuals can share it on their websites or other web pages through a link or an embedded piece of code.

When it comes to vlogging, you’ll find many ideas. Some people enjoy recording themselves to analyze their progress as time passes; others vlog professionally, and many businesses have discovered the power of creating video content.

Some of the ideas for vlogging are touring a new room or house, sharing goals, the night/morning routine, a day in the life, telling a story, cooking, sharing facts, how-to, playing a musical instrument, etc.

Although you can film with professional equipment and have a crew, YouTube allows you to vlog for free. This means that talent around the world is not limited by their budget. As time goes by, and after gaining some popularity, a person can choose to upgrade their equipment. Quality vlogs will rise to the top and become a favorite part of their audience’s routines.

Some vloggers can monetize their channels through advertising. If their follower count is large enough, they’ll get a portion of the money spent on ads by advertisers.

Acceptance by the media

Vlogging has become a prevalent form of entertainment, digitally speaking. It has a large community of creators and consumers. It’s an accepted form of communication because you can understand context through moving images instead of words.

See also  Payment Methods Bloggers Use To Get Paid

Artist Nelson Sullivan became known for recording videos around South Carolina and New York City. This led to more individuals filming themselves and creating video content. At the beginning of the millennium, Adam Kontras filmed a video informing his family and friends about his cross-country move to LA to pursue show business. This would later transform into the longest-running vlog in history.

VidCon happens in Los Angeles, California. It’s a yearly event that allows YouTube viewers and creators to gather so they can share business contacts and content ideas.

Mainstream media is not idle when it comes to recognizing up-and-coming stars. More and more vloggers are getting famous online and on TV. The numbers are simple. These stars include an audience of millions of people.

The old actions involved editorial teams and casting processes to select talent. Today, the audience decides directly. Their existing fame acts like a business card. You’ll find that online and offline do not happen separately; they are becoming more integrated.

Although some companies have a monopoly on vlogging content, others try to compete for particular niches (which can be made of millions of individuals). An example of this is Facebook and Instagram. For example, you can find religious groups posting live services and mass. This is a beneficial vlogging service for countless people around the world.

Innovations are vital to the future. Many Facebook pages with an existing fan base benefit from Facebook Live. Some of this platform’s extra benefits are ways to comment, ask, react, and be present in real-time. Live question & answer sessions and virtual events all answer the specific needs of the public and creators.

If you think you need expensive equipment (much like in the past), you’ll be shocked to know that you can do a live broadcast from a smartphone. Think about it, what took immense resources just a few decades ago, can now be done for free with a gadget. This is part of the appeal and popularity of live broadcasting, and Facebook has been able to capitalize on that.

Instagram runs a similar initiative. It began in late 2016 when they tried to compete with Snapchat. It’s a way to see what is happening live. For example, you can vlog a special event or concert.

We’ve explored the meaning of vlogging, how YouTube fits in the picture, the acceptance of vlogging by the media, and that live broadcasts from Facebook and Instagram are shaping the industry.

You can say that vlogging is the cool brother of blogging. Both ways of communicating are not exclusive, and you’ll find that a lot of written content is accompanied by video content and the other way around. What matters is that you consume the content you want, how you want it, and when you want it.